Founded in Tokyo in 2004 by Hironori Yamakawa, this company was among the first in Japan to offer online shopping of used cars for international export. With its cross-border ecommerce site developed exclusively for the firm, the company entered into the global ecommerce business market, selling and exporting used cars.Their selection is versatile: from Japanese-made vehicles to American / European imports that have been used in Japan, from 4-door sedans to buses, trucks, tractors and motorbikes. Sale of auto-parts to expand their range of products and services was added in April, 2015.

BE FORWARD’s cross-border ecommerce site marks 56 million page views per month (as of May, 2015), an overwhelming number for a used car exporter in Japan, which places the company within the top 15 of Most Frequently Searched companies after Google and Yahoo (often exceeding Wikipedia’s ranking) in the dominant African markets including Zambia, Zimbabwe and Malawi.

Additionally, the company is aiming for diversified-practices by offering the “Consultancy for Japanese Entities to Venture into African Markets” program and sponsoring the professional football team (“BE FORWARD WANDERERS”) in the Republic of Malawi.

Currently BE FORWARD is ranked within the top 10 online ecommerce sites in Japan, with Total Annual Revenue of 49.2 billion JPY for ’14 – ’15 fiscal year.

The name, BE FORWARD, reflects our pride and spirit: no matter how many obstacles we encounter in our way and how severe they are, we will overcome them and proudly take steps forward because our goals are always ahead of us, not behind.

The name of the company, BE FORWARD, was derived from a phrase by a renowned Rugby football coach, the late Chuji Kitajima. The man who led the herd at Meiji University, one of the best college teams, for 67 consecutive years as their Head Coach, was — and still is – the most well-known man ever in the history of Rugby in Japan. When asked for his autograph, the legendary coach signed his name with an addition of a phrase that signified “Take a Step Forward.” It is widely known among Rugby insiders. It was a reflection of the legend’s philosophy that his team should “always take steps forward,”physically and mentally, even if players were completely defeated and losing the game, because their goal is always ahead of them, not behind. Hironori Yamakawa, also a Meiji University alumnus, was deeply moved by this and decided to name his company after Kitajima’s saying. So, hence, “Be (positive and always) (Take a Step) Forward.

Hironori Yamakawa, the founder of this company, was not a rugby player at Meiji University. He was busy doing a part time job on top of his school work. But, every year, he takes employees to college rugby games, when the Meiji University team is playing, to show them the legend’s spirit to keep moving Forward. 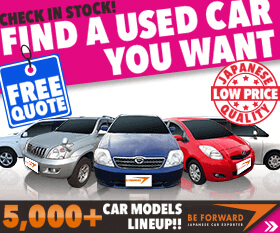 Request a call back